John Doutch isn’t too fussed by the unfolding COVID-19 pandemic, having served in Vietnam and Singapore with the Australian Defence Force and, later, lived through the 1990s recession.

“Us oldies, if I could put it that way, are fairly used to challenges throughout life,” the 73-year-old says.

John has a lot on his plate, managing multiple myeloma, a cancer that develops from plasma cells in bone marrow. He’s also caring for his wife who has various medical issues.

Recently, John noticed his anxiety levels heighten, describing himself as becoming a little short tempered, so he took steps to take time out and look after himself.

For John, looking after himself both physically and mentally means daily walks in the fresh air.

Before COVID-19 restrictions hit, every Sunday morning John would travel to Melbourne Airport and ‘plane spot;’ watching and listening to the aircraft.

He would also travel by train once a month to country Victoria, enjoying chatting with fellow passengers on the journey.

“There are times when I’d hop on the train on a Sunday morning and go up to bloody Albury (just over the NSW border) and back or to a country town just for the love of it because on public transport you meet people and you can talk to people,” he says.

“I’m a people’s person, I know I am, so therefore I just sit there and talk and chat, and it’s great fun.

During the pandemic, John has driven himself to medical appointments rather than risk being close to someone with COVID-19 on public transport or in a taxi.

He registered for online shopping but decided to continue going to the supermarket himself despite having a compromised immune system due to his illness.

“Even though I registered for it I kind of railed against all of that. I thought ‘no, I’ve got to get out there and do what I usually did without putting myself at risk’.

“So I made that decision but at the same time my hands have never been cleaner.”

The pandemic has forced John to embrace technology like Zoom to keep in touch with members of the men’s discussion organisation he is involved with – Older Men: New Ideas – which is facilitated by COTA Victoria and has groups across the state for men aged over 50.

Even though he telephones group members and uses technology like Zoom to check in on mates and make sure they’re okay, he misses the in-person chats they had pre-pandemic.

“You’re not kind of getting that closeness that you had before,” John says.

“When you’re doing Zoom it’s like talking to a bloody computer.” 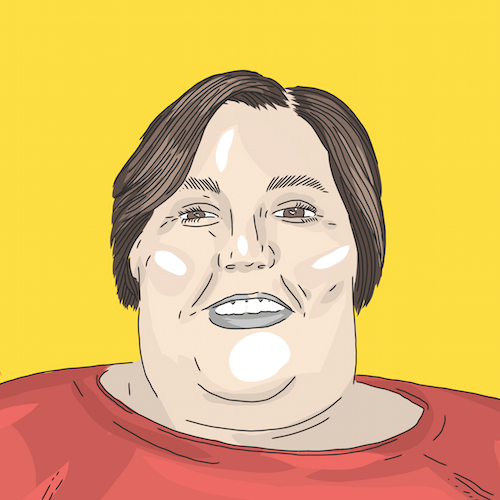 Next: ‘Pretty crap at the moment to be honest’: life on disability pension