The Victorian Council of Social Service (VCOSS) is the peak body for the community services sector in Victoria. We advocate for a fair and equitable society by supporting the social service industry and representing the interests of Victorians facing disadvantage.

VCOSS welcomes the opportunity to provide input to the Environment and Planning Committee’s Inquiry into Health Impacts of Air Pollution in Victoria.

Air pollution is harming Victorians’ health and wellbeing and urgent action is required to protect the people most exposed and most susceptible. Communities must be alerted about hazardous air quality and be equipped to reduce their exposure.

Air pollution does not affect us equally

The people most susceptible to health problems from air pollution are young children, older people, pregnant women, and people with heart or lung disease.[ii] The people most exposed include people working outdoors and people sleeping rough, without a home to shelter in.[iii]

People experiencing financial disadvantage are more vulnerable to air pollution because they are more likely to live in poor quality housing and have less ability to modify their environments, for example by draught proofing their homes or installing expensive high-efficiency particulate absorbing (HEPA) filter systems.[iv] Low-income households are also priced out of leafy suburbs where there is less traffic pollution and higher air quality.[v]

Smoke is an emergency in itself

In Victoria, smoke from the 2019-20 Black Summer bushfires was responsible for 120 deaths and around 1,300 hospital admissions for cardiovascular illness, respiratory disease, and asthma.[ix] Smoke irritation can also result in burning eyes, shortness of breath, and headaches.[x]

The Hazelwood Mine Fire burnt for 45 days in 2014 and exposed community members to smoke, ash, and carbon monoxide.[xiii] Local residents reported breathlessness, stinging eyes, and lethargy and felt anxious about the future health implications.[xiv]

“Community members would say ‘I’ve never had asthma but now I do’ or ‘I’m having trouble breathing’ or ‘I feel dizzy and my head is fuzzy’.”

The Inspector-General for Emergency Management (IGEM) reviewed the response to the West Footscray industrial fire and found that official communications did not address the community’s concern about their health and safety.[xvi] For example, residents were told not to worry about the smoke yet schools were closed and emergency personnel wore HAZMAT gear.[xvii]

This mirrors the experience of communities impacted by the Hazelwood Mine Fire. Residents were frightened by the thick smoke but a lack of information exacerbated their anxiety.[xviii] People wanted to understand the long-term implications for their health but were told the impact would only be minor and fleeting, leading to significant distrust within the community.[xix]

Communication during bushfires and industrial fires must address community concern by clearly outlining the potential health impacts of smoke and explaining how residents can minimise their exposure. Messages should be tailored to different at-risk cohorts to ensure that health advice is practical and meets specific needs.

Information must be easy to understand, translated into all necessary languages, and communicated through multiple channels. Apps and opt-in services are useful but need to be complemented by targeted communications for broad coverage, particularly so people with low digital literacy do not miss out.

The Emergency Alert System can also be utilised to improve communication about smoke.[xx] Although it is currently restricted to situations with a clear threat to life, alerts could provide an initial warning for all significant incidents and direct recipients to accurate sources of information. This was Recommendation 4 of the IGEM’s review of the West Footscray industrial fire.

“The Inspector-General for Emergency Management recommends that Emergency Management Victoria coordinate a review of the use of the Emergency Alert system in circumstances beyond the immediate threat to life. The review should consider how the system could be used to inform the impacted community of the emerging event and how to source information without compromising its effectiveness in life-threatening situations.”

Common health advice for communities affected by smoke is to shelter indoors with windows and doors closed.[xxii] People sleeping rough do not have this option, however, further highlighting the importance of addressing homelessness in Victoria. The Big Housing Build is a historic investment in social housing but needs to be extended so enough housing is built to ensure a safe home for all.

People also resort to sheltering from smoke in libraries and shopping centres but opening hours can be limited and they might be asked to leave by security. Infrastructure Victoria’s Draft 30-year Infrastructure Strategy addresses this issue by recommending the construction of public shelters built for a broader purpose.[xxiii]

“Create climate-adapted facilities for rural communities: In the next five years, fund local governments to plan and help deliver a network of designated, accessible climate-adapted community facilities, to manage the health impacts of extreme heat and bushfire smoke.”

The network could begin in regional Victoria and expand to Melbourne. These safe facilities also need to be accessible and responsive to community need. For example, during the Black Summer bushfires, some evacuation centres were not accessible for people with disability or were chaotic, crowded, and challenging environments for people with mental illness. Some people sought shelter from the smoke but were turned away because they had not been made homeless by the bushfire itself.

P2 and N95 facemasks protect people from smoke by filtering out fine air pollutants.[xxv] During the 2019-20 Black Summer bushfires, however, many community organisations were unable to source protective gear for vulnerable clients.[xxvi]

Community organisations should be provided with facemasks during emergencies to distribute to community members at risk. For example, Morwell Neighbourhood House was a designated collection point for P2 facemasks during the Hazelwood Mine Fire.[xxvii]

It should be noted that facemasks are only effective if they are fitted correctly and can make it harder to breathe due to the tight seal.[xxviii] Communication campaigns should include information about choosing a suitable facemask and wearing it correctly. Other types of protection should also be investigated so suitable alternatives can be provided if a facemask cannot be fitted properly, particularly for children, culturally diverse people, and people with facial hair.

Air pollution is a daily hazard

Poor air quality is the norm for several communities in Victoria. There are 12 air pollution hot spots in Australia and four are located in Victoria: the Latrobe Valley in Gippsland, and Yarraville and Brooklyn in western Melbourne.[xxix]

Coal-fired power stations are the primary source of air pollution in the Latrobe Valley.[xxx] Yallourn and Loy Yang A are the second and third highest emitters of fine particulates in Australia. These energy generators also produce high levels of sulphur dioxide and mercury.

Concern about air quality has grown in the Latrobe Valley since the Hazelwood Mine Fire, however, with community members seeking more information about the impact of pollution on their health. Consultation by the Latrobe Health Advocate uncovered strong opposition to industrial developments that worsen local pollution.[xxxi]

“Community members say ‘we don’t want to be a sacrifice community anymore’. The narrative has changed. New industries have to be health-neutral because it’s no longer about jobs at all costs.”

Meanwhile transport and industrial emissions are responsible for the poor air quality in western Melbourne.[xxxiii] The area is a hub of factories and warehouses and serves as a thoroughfare for commuters and diesel trucks between the CBD, the Port of Melbourne, and surrounding suburbs.

Communities in the inner western suburbs of Melbourne experience higher rates of pollution-related health problems including heart disease, asthma, and lung cancer.[xxxiv] For example, 20 per cent of students at Wembley Primary School are asthmatic, which is twice the national average.

Young children are susceptible to the health impacts of air pollution. But an analysis of 278 childcare centres in Melbourne found that nearly a quarter were within 150 metres of a major road.[xxxvi] This includes a centre located on an intersection used by 4,650 trucks a day and a centre situated 15 metres from an eight-lane highway.

Air pollution is not considered when building new childcare centres but stringent planning guidelines are needed to keep them away from major roads and industrial sites. Schools, aged care facilities, and medical centres should also be included.

Existing facilities near air pollution hots spots are not lost causes, however, and should be upgraded to limit exposure to the poor air quality outside. This includes adequate sealing, efficient air-conditioning, and air purifiers with a HEPA filter.[xxxvii]

Green space is another way to reduce communities’ exposure to air pollution. Trees absorb carbon dioxide and other pollutants and can act as a barrier when planted near major roads and industrial sites.[xxxviii]

For example, ‘Yarraville On the Nose’ is a community group reducing air pollution in West Yarraville by planting trees.[xxxix] The initiative began with $50,000 from the Environmental Protection Agency’s (EPA’s) ‘Inspiring Environmental Solutions’ program and receives ongoing funding through penalties paid by companies found guilty of pollution.

The EPA’s public AirWatch website displays the hourly air quality at 26 standard monitoring sites across Victoria.[xl] This includes seven sites in the Latrobe Valley and three sites in western Melbourne. The Victoria Auditor-General Office deemed this insufficient, however, as did the Victorian Government’s Inner West Air Quality Community Reference Group.[xli]

“We recommend that the Environment Protection Authority expand its air monitoring network by …  designing and implementing an air monitoring program that better aligns coverage with air pollution risks that Victorian communities are exposed to.”

The number of monitoring sites must be increased across Victoria, particularly in communities near major roads, industrial sites, and freight corridors. Air quality should also be monitored at childcare centres, schools, aged care facilities, and medical centres near pollution hot spots.

Communities need to be notified about periods of high air pollution so they can limit their exposure and plan accordingly. Alert systems can be utilised to warn people about hazardous air quality and to provide advice about keeping safe. Residents can also be encouraged to check tools that display accessible and easy-to-understand information about local air pollution.

For example, the Latrobe Valley Information Network (LVIN) monitors air pollution and local weather conditions via 45 sensors.[xliii] The data is displayed on a website that allows users to easily check local air quality but a phone app also issues alerts when pollution is high.

Community health organisations and Aboriginal health services need to be funded to raise awareness about air pollution so residents know how to protect their health when air quality is poor. This includes advice such as checking air quality every morning, rescheduling outdoor exercise, and choosing a suitable facemask.

This submission was prepared by Ben Latham and authorised by VCOSS CEO Emma King. For enquiries please contact Brooke McKail at brooke.mckail@vcoss.org.au.

A fully accessible version is available online at vcoss.org.au/policy.

[xiv] S Whyte, ‘They go into bat for me’: Morwell Neighbourhood House, the Hazelwood Mine Fire and Recovery, Centre of Research for Resilient Communities, Federation University, February 2017.

[xv] Consultation with a community organisation based in Morwell.

[xxxii] Consultation with a community organisation based in Morwell.

[xxxv] Consultation with a local council in western Melbourne. 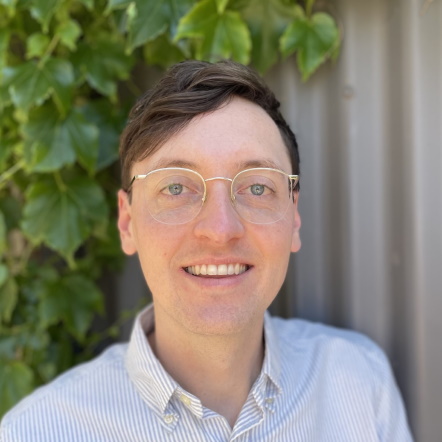